Jem became the President of the Students’ Union in his final year. It was also the year that the SU was protesting against the Thatcher education cuts – again.

Students in Exeter were generally supporting any action but Jem was a little surprised to be summoned to the principal’s office. Anticipating a confrontation Jem was taken aback when Dancey “invited” the SU to occupy the administration area of the College. Dancey explained he would ensure it was a bloodless coup and he would make sure that the local press got to hear of it with a view to publicising the students’ grievances.

Latet that day the SU indeed took over the administration area and were quietly “demonstrating”. The occupation went well and the local reporters turned up to interview the demonstrators, even the BBC TV crews turned up to get footage.

The whole thing was going well, and once the newsmen had moved away Dancey turned up to gi 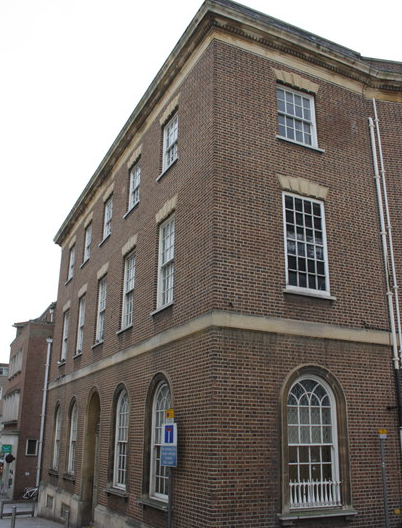 ve further moral support and whiled away a bit of time playing chess with some of the students.

It was then proposed that the students should also occupy the College’s telephone exchange and a student, Tom Argument, was detailed off to take over the office.

Tom was gone for some time and everyone assumed the occupation had gone well -  when the police arrived - with Tom in custody!

It appeared that instead of tackling the College’s exchange he had wandered down to the main Exeter Telephone Exchange and set about taking over the whole system! The Police had been called and the equivalent of the terrorist squad had been sent to deal with the situation - Tom was arrested (but later released after a personal plea from the Principal and a huge apology to the Post Office)