Mention of music seems to have triggered a lot of memories. Apart from the ones highlighted on the posters I include last time, a few people have got back to me to tell of the bands they recall seeing whilst at Luke's.

I have started a page on the website listing what we have so far but would welcome more.

I haven'r received any further names to add to my Rolle marital list, If you know of any other ex-Killertonions who married girlfriends from Rolle College, can you drop me a line.

The Folk Club at Killerton was clearly very active in te 60's though it's popularity waned in the 70s as discos became more poular.

Information about the Killerton Mountain Boys Jug Band has been flowing in. I now have a more complete list of members - clearly the membership changes as availability altered:

Tony Clarke found this, a cover to a folk magazinr published in 1967. The magazine included an article written by Dave Treharne 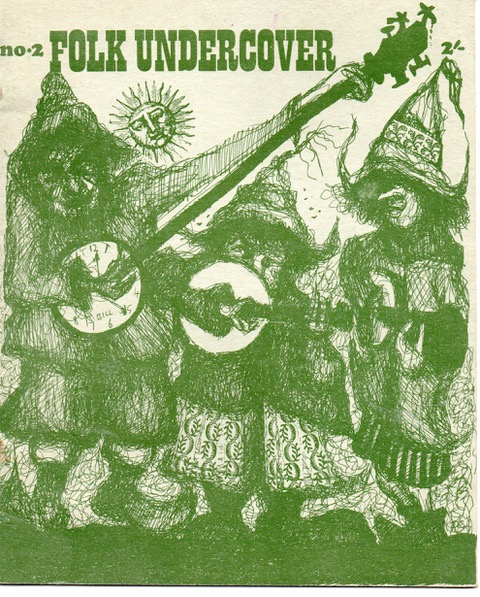 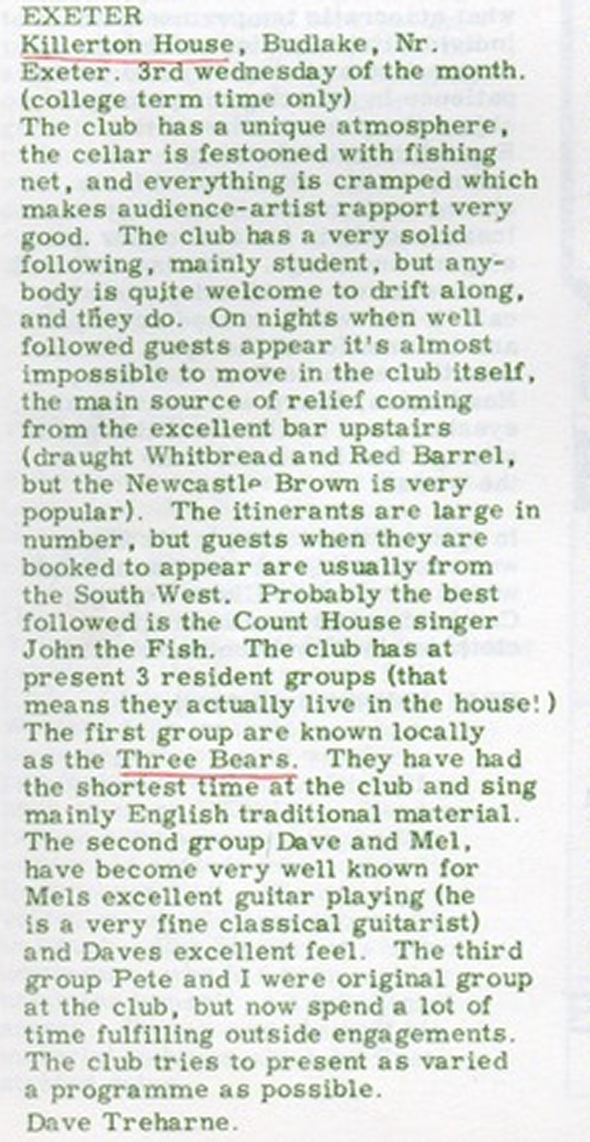 As mentioned in Dave's article, other groups playing at the events included TheThree Bears, comprising:

Another, the St James Infirmary blues:

Dave clearly continued his music activities after leaving Killerton (as he does to this day with Exeter Community Radio). The image below is taken from the Rolle College Facebook page and shows DaveTreharne, John Kenward and Ian Hay busking in Exmouth High Street. Dave was living in Exmouth at the time and working at Exmouth Comprehensive.