Thank you to those able to join in last week for another successful Zoom meeting. It was nice to put a face to Paul Edginton and to see the "new" face - well, new hair style - of  "Bongo" Bob Harris (ex Exeter RFC, ex-Saracens RFC).

As ever during the meeting, new stories were hinted at and I will be following up with those people who were unwise to hint at them.
The Killerton Jug Band was infamous at the College. During my initial interview with Brian Bolt in 1970, he mentioned Killerton (not that the name meant anything to me at the time) and he referred to the Jug Band. Somehow, he must have identified that I may be the type of person that would fit in to the lifestyle at a place where jug bands were an accepted norm.
As I said, the Jug Band was infamous and I was aware that it had performed on several occasions at Killerton. What I had not appreciated was that it had gone on tour and played at several venues over the years. As some of the members still own their instruments (well, Tony Clarke still has his kazoo) perhaps we should arrange for a come-back gig, possibly at one of our get togethers. I shall be chasing up ex Juggers for some reviews of their performances. 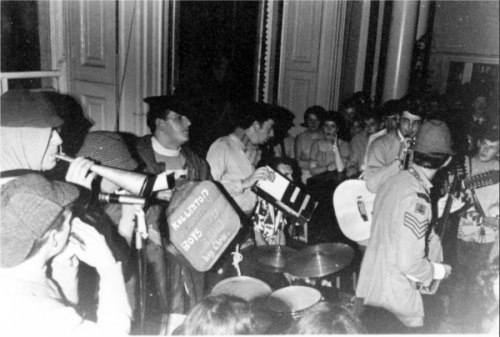 I discovered previous unknown facts about some of our number. It transpires that Pete Williams was the Devon Ballroom dance champion before coming to Killerton, and Dick Henley used to play wicket keeper for Hampshire 2nd XI. I wonder how many other people have interesting stories untold.
Paul Edgington revealed that like several other Killertonions he met his future wife at Rolle. This prompted me to wonder just how many of our number met their partner at Rolle. If you are one of this illustrious group perhaps you could let me know.
The mention of Rolle prompted me to look a little further and I discovered a Facebook page dedicated to Rolle Students of the 70’s. There we’re several interesting stories on the page and several photos. I’ve added a ROLLE page to the website that may be of interest to some, especially as one of the stores refers to the rugby match in 1969 between Rolle College and Killerton. 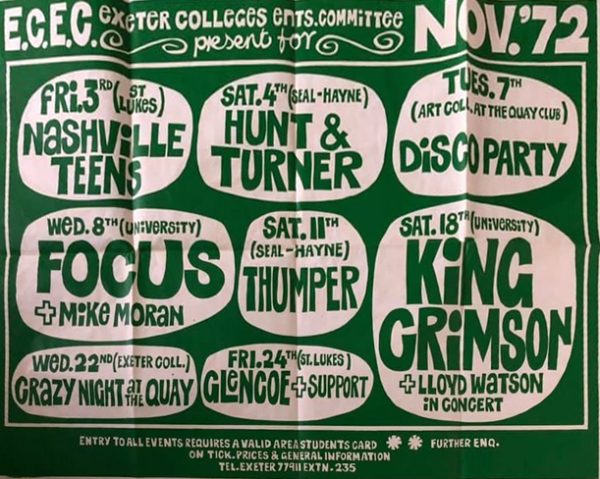 I have scheduled another Zoom for Monday 12th April starting at around 7:00pm for any who may want to join. I though I’d try the Monday evening as Wednesday seems to clash with so many other groups, governors meetings, etc.

Monday 12th April, 7:00pm
If you have Zoom installed than here are the details:
Meeting ID: 772 430 9191
Passcode: Killerton
We are still hoping to have our cricket weekend in June, and Broadclyst have us in their fixture list for Sunday 21st of June. John Morgan is seeking players; Derek Barnard has already committed to umpiring (and we will welcome him on condition that he is a little more generous to the Killerton Very Old Boys.) We will confirm the fixture once Boris says we can go ahead.
Any updates or corrections to the “Killertonions - The and Now” would still be appreciated - thanks Tony for your corrections.
Best wishes