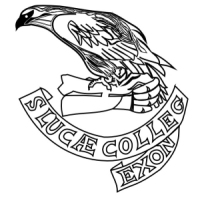 Jack was a student at St Luke’s College, probably for three years between about 1954 and 1959. We don’t know whether he was Killerton resident.

Subsequently Jack was a lecturer at St Luke’s, through the time of the merger with the University until 1991, then he was Principal of West Hill College in Birmingham, then from 1997 again a lecturer at St Luke’s (by this time known as Exeter University School of Education) until he retired (although he continued in an a honorary role for some years beyond this). It was at the time of the merger, in 1978, that he wrote the illustrated College history that (so usefully) is available on the Killerton Memories website.

We would like to put together a more detailed biography. Any information / memories that the Killerton Memories group can offer – of Jack the student or of Jack the lecturer- would be most welcome. In particular, I’m trying to track down the specific years in which he was a St Luke’s student, and the year in which he first started as a lecturer.

I’ve copied in my colleague Jo, who is also keen to do justice to Jack’s memory. For the record, Jo and I are almost the longest serving members of staff- I date from 1992, Jo from a couple of years earlier. 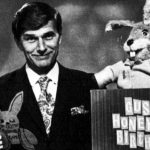 I did my final teaching practice in Axminster. Whilst recovering from the excesses of the day, I would watch TV in my digs. A regular feature was the Gus Honeybun Show.
People would write in and ask for Gus to bunny hop, usually the number of hops being their age. The one that always amazed me was one of his "tricks". He would be asked to switch off the light! What TV? To watch a blacked out screen!  Looked forward to every night!