The Zoom meeting went ahead last Wednesday as planned. It was a really good catch up and brilliant to see people face to virtual face after so long and to hear so many new memories. 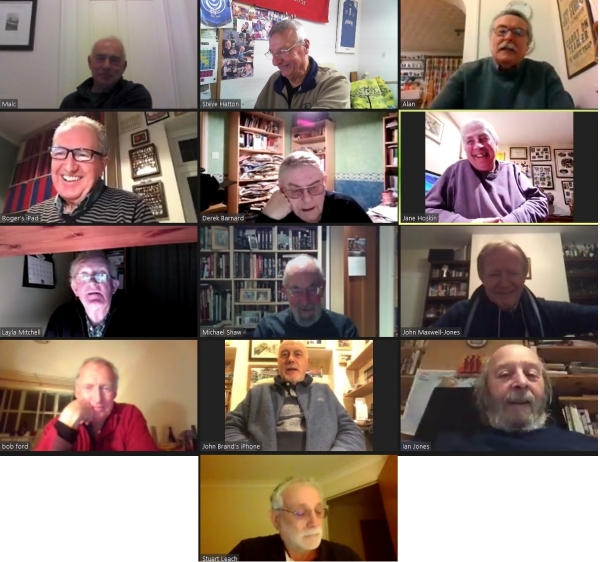 It was good to see Tom Healy again. Tom’s has some amazing memories of people and stories, If I can persuade him to write some of his stories down I think he will probably deserve a section on the web all to himself. Bob Ford also started recalling tales of his times both at Lukes and since leaving. Both will now be hounded relentlessly for submissions to the website.

It was great to Michael Shaw, our most senior ex-Killertonion, having stated at St Luke's in 72, he moved to Killerton in 1963. He told us briefly of a couple of events that occurred during the first years of Killerton, stiries to be added to the website soon.

“Oggie” Hoskins related a story about a romantic liaison by one of the members of Killerton with a local young lady. This too is now in the “Killerton Times” section of the Website.

Another source of anecdotes so far untapped is Sticky Leach. I will harass him until he provides a more complete report of his order for a crate of Babycham and his experiences at Camel’s Head Secondary School. I am sure his lifetime involvement with Scouting will be of interest to many.

The evolution of the Killerton barbeques is a story that is unfolding. It would appear that the first one was held in 1964, Michael was present and I am hoping he might find time to put down a few words to describe the event, and the associated arrangements. I understand the early barbeques were held on the lawn, but that is to be confirmed.

The names of some of the bands that played at the barbeques are starting to be remembered and I’d love to hear from people who can recall or confirm any of them. are coming to the fore. It has been suggested that at one of the barbeques in the mid-60s Manfred Mann was one of the acts. The one hit wonder band Paladin played at the Killerton Barbeque in 1971, together with Medicine Head. I recall having Emperor Rosko at the 1972 BBQ but I can’t remember any of the bands that played. I do know we had The Tremeloes and Gary More at the BBQ in ’73 (I still have tickets – 75p).

In the three barbeques I was involved in, we employed Austin’s to provide the bar, though we provided the staff.

It always amazes me to think the 1973 barbeque, we needed to sell 1000 tickets to break even!
II would be interested in photos of any Killerton transport - and any related anecdotes - to add to the "Trains and Boats and Planes" section of the site.
I have carried out a small amount of housework on the websiite and moved a few things around. Do let me know if there are any problems, missing links, etc.
That’s about it for now.
I was asked to arrange another Zoom meeting. So if anyone is interested, I have scheduled one for
7:00 pm GMT on Wednesday 10th March
Meeting ID: 772 430 9191
And a "by the way" comment: Below, I've added a link to the Killerton House St Luke's Students Facebook page that is managed by Ian Jones.
Facebook