I first met David when in September 1970 we were placed in the medical room in Killerton for a few days at the start of our time in St Luke’s. There were too many students it seems for normal placement, although we were split up to new partners later on. We became great friends thereafter, from two extreme poles of society. 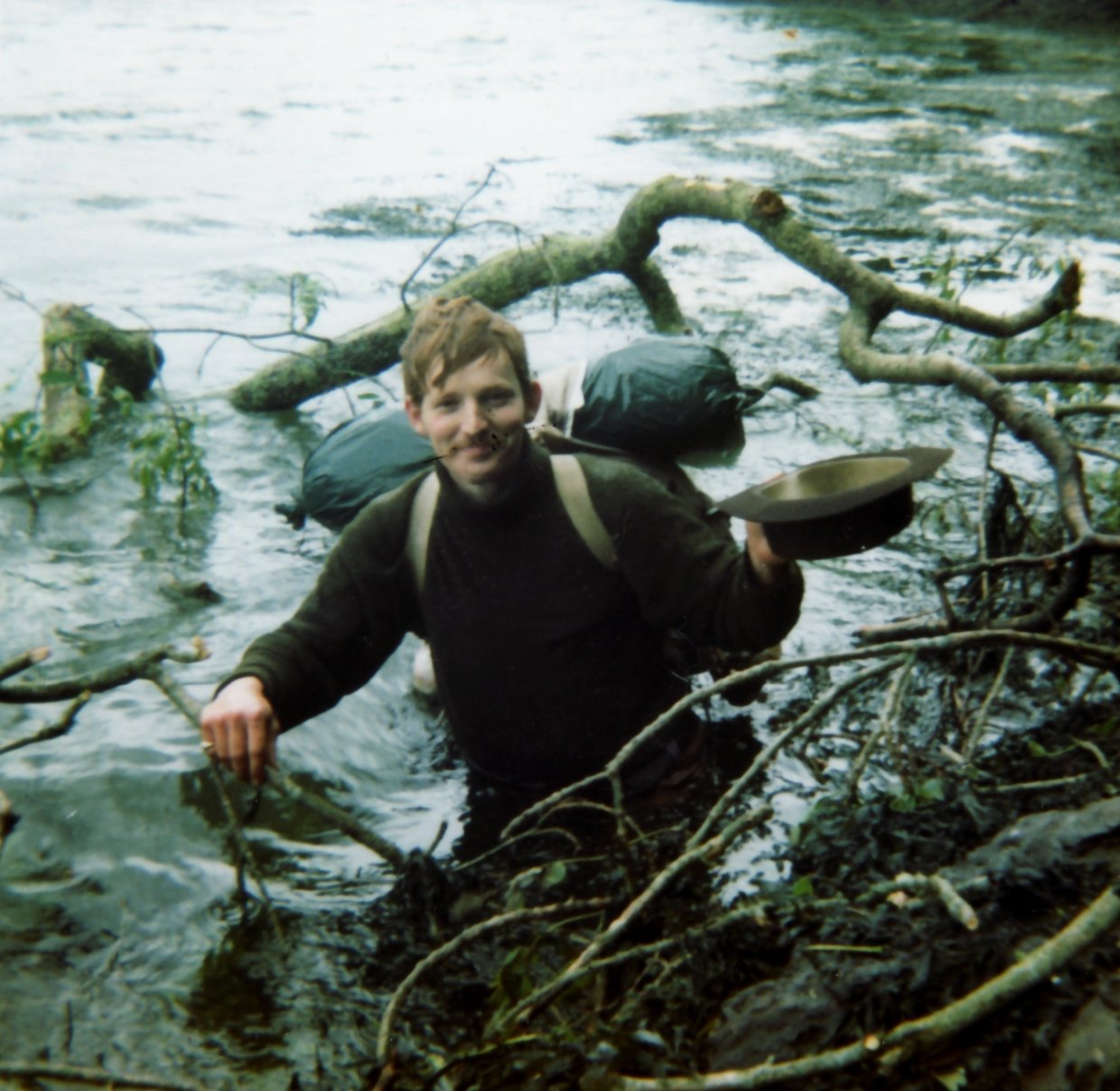 He being public school, me Grammar, his Dad was a Commander in the Navy, mine a miner in South Wales. This did not prevent me from showing him the delights of the demon drink, Guinness in his case, or the ability to converse with owls!

David was a lovely, kind, gentleman, and I cannot remember anyone having anything bad to say about him. He was a great lover of the outdoors as we all knew. For David, sports like rugby and football were not for him instead he adopted the alternative sports outlook. He really enjoyed climbing, hiking and on one or two occasions, rafting on the Exe. This activity we all knew would inevitably end in disaster, and true to form David would return, raft sunk, soaked to their skin with a huge smile on his face!

He had a great wicked sense of humour. Nothing gave him greater pleasure than to take me and others into College in his old Ford Thames van and frighten the bloody lives out of us with his driving skills and road awareness. We must have looked ridiculous with heads poking out of windows, trying to avoid the oil fumes coming from the engine, whilst telling him to watch where he was going. I can hear his laughter now. The old van was eventually put up for auction one day by David who asked Milko, Paul Nation and myself to go along and up the bidding on it as he could not be there. As I recall the van was pushed into the arena, having failed to start, and then when the bidding, having started at £10 went downwards, we three looked at one another from opposite sides, and refused to get involved lest we might end up buying the bloody thing. lt was sold for £5 and David received £3.50 for it after the auctioneer's fees had been taken. I can hear him now, "Oh,no!". Two days later the
Police called at Killerton looking for D.B.Kitchin the owner of a Ford Thames van that had been abandoned near the Auctions site, with no wheels!

David was a very good painter. I still have a watercolour done by him of Killerton hanging in my home. Naturally when I look at it ,it reminds me of the house but also of the great character who painted it. He thought it OK, I loved it then and I love it now.) would have had another of Polperro harbour too if a seagull had not ntervened. Milko, Dave and I spent a pleasant afternoon in Polperro on teaching prac. I was in Looe and they came over to see me as I had no car. After a liquid lunch, we climbed some rocks and Milko and I had a snooze as Dave painted. As he was finishing it, an irate seagull, on not seeing himself in the painting, took his revenge on Dave by depositing his lunch on to the painting and on to Day's head. Great laughter followed as Dave questioned the parentage of the said seagull.

He was very generous tool went to visit his parents at Compton once with Milko. They lived in a beautiful thatched house with a large lawn and a summer house. To this day I have never told my dad that I played croquet on the lawn or drank whisky in a summer house! Moreover, nice as the Kitchins were, they all bloody cheated at croquet!

David was also a good linguist. He spoke French and was very good at imitating my Welsh accent, especially when he felt that I was getting too uptight about something.

Standing here today, looking towards the House, l along with the other 12 of our year who stayed for three years there, will never forget our final dinner together. We had booked the Bowd Inn in Sidmouth for a last supper as it were before saying our farewells to one another. All was set; we were ready but no Dave Kitch. Where the hell was he? We hunted high and low for him to no avail. Suddenly, a cry from the car park wakes him from his slumbers. Being a lovely day, Dave had decided to go on the roof to paint and relax. Unfortunately he fell asleep, and once awoken, staggered up, nearly fell off the roof and was asked in no uncertain terms to get a move on. In true Killerton manner the conversation went along these lines "I say old hap, where have you been, we’ve been looking everywhere for you, any chance of you joining us?" I will let you put in the correct terms used as was the Killerton way.

The last time I saw Dave was when Steve, Mike and I visited him at home in Ropley not long before he died. I had been to his home before, staying once on my way to France with my family. Rosie was the perfect host, and welcomed us with open arms. Naturally, this was supposed to be a sadder affair but in his true inimitable manner, he welcomed me from his bed, on hearing my voice, with, “Tell him to bugger off, I don't want to see any bloody Welshman!" Unbelievable!

He was obviously in pain but we spent an hour there, chatting and laughing, remembering old times and old stories. lt was something I shall remember forever as I'm sure will Mike and Steve. He told us that he was not afraid of dying as he had great faith.

David loved Killerton as we as old Killertonians, loved him.

It was a privilege to have known him. God Bless David.