Neil Blewett - A tribute from a friend and work colleague 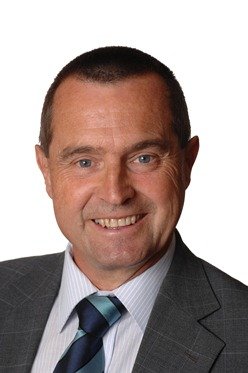 Neil Blewett, his pupils insist, is now standing at the gates of heaven, making sure that every soul passing through has hair neatly tied back and top buttons fastened.

And the Portsmouth Grammar School surmaster's colleagues have no doubt that celestial risk-assessment forms will from now on be scrupulously filled out and filed away.

Neil Blewett was born in Cornwall in 1954. Always a keen sportsman, he enrolled at St Luke's College in Exeter, a training college for would-be PE teachers. Sports, he believed, offered vital life lessons for children: it taught them discipline and team spirit.

His first teaching post was at St John's College, in Southsea. It was here that he met Pauline, a young geography teacher; they married not long afterwards.

Then, in 1981, Mr Blewett was appointed to the games department of independent Portsmouth Grammar School. Though his official position was head of rugby, he was also given responsibility for - "lumbered with", colleagues said - organising broader PE teaching.

At the time, young teachers, regardless of their specialisms, were required to deliver weekly games lessons. Mr Blewett took charge of this reluctant group, providing carefully drawn-up lesson plans and, in some cases, much-needed demonstrations of how things should be done.

He also embraced the school's extracurricular PE life, regularly volunteering to accompany pupils on ski trips abroad. The perks of foreign travel, however, were tempered slightly by his chronic travel sickness. It was not uncommon for pupils to notice Mr Blewett's greenish tinge before the coach had even left Portsmouth's city limits. One particularly memorable trip was punctuated by regular vomit stops along various international highways.

But, despite his own difficulties, he did not forget that the purpose of such trips was to help pupils overcome theirs. He was dedicated in his encouragement of timid skiers, helping them to develop on-piste confidence.

Such dedication was not limited to foreign trips: it characterised his daily life. Augmenting his PE work with part-time maths teaching, he was particularly keen to help those pupils who struggled with the subject. "I'm always given the glamorous jobs," he would say, but the complaint never rang true.

The games and maths segments of his teaching were kept carefully distinct. He would never have dreamed of arriving at a maths lesson in a tracksuit: he believed it was vital to dress appropriately for every occasion.

And he was determined that the same rule should apply to pupils, too. He had an uncanny eye for the non-uniform uniform: a shirt untucked, a button undone. Arriving at school in the morning, pupils developed a near-Pavlovian response to his presence, subconsciously straightening their ties and tucking in their shirts as soon as they saw him. "This is Mr Blewett," one pupil told her younger sister, who was about to start at Portsmouth Grammar. "He'll tell you off about your uniform next year."

He brought this same respect for rules to his role as surmaster.

He had stepped down as head of rugby in 1996; four years later, the headteacher created the post of surmaster for him. His job was to ensure the smooth running of day-to-day school business: he supervised prefects, monitored newly qualified teachers and oversaw the running of school assembly. And he offered coaching in the minutiae of risk-assessment regulations for school trips.

It was his troubleshooting work in this role that earned him the nickname "Mr Fixit". But the epithet was particularly apt: he had a long-standing fondness for heavy-duty DIY, and had installed a new central-heating system in his family home. He liked to understand how things worked: he spent many years taking apart old car engines in his spare time, and would occasionally deliver car-maintenance lessons to sixth-form general studies classes. But disassembling a grease-filled engine was no excuse for lapsed standards: his overalls were always pristine.

His final day was, in many ways, typical. On March 12, he arrived at school early, stopping to upbraid a pupil for wearing a hoodie. At 9.41am, he sent a colleague an email expressing concern about end-of-term arrangements. He was dead before 10 o'clock.

Mr Blewett is survived by his wife, Pauline, and their daughters, Claire and Rachel.