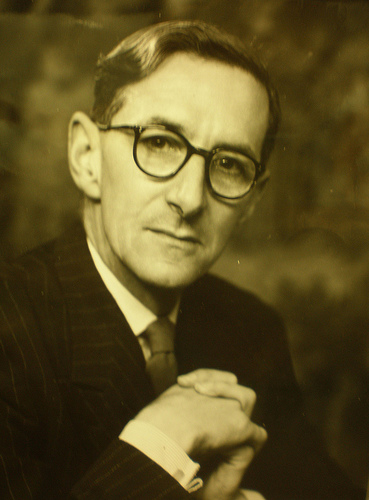 Arriving at St Luke’s College as a naive 18/19 years old was frequently a very overwhelming experience. For many, it was often the first time living away from home in a strange environment with no one to turn to for support.

Arriving at Killerton on the first day was “an experience”. As you pulled up in the drive, people appear, gather your cases and escort you to your room - your home for the next year.

Often, without opportunity to even open a case let alone unpack, you would be escorted on a whistle stop tour of the house – normally ending at the bar where fellow house mates would be gathering and getting to know one another.

Sir Richard would be around, doing the carrying and showing the new students around.

It was Sir Richard’s house and home, and we were treated as extended family members rather than as guests. Sir Richard was a father figure, a friendly face, a respected head of the household.

He took an active part in all the house activities; he was a keen supporter of the house sports teams both during matches and after matches - in the bar.

On many of the social occasions, the noise levels emanating from the bar would be sufficient to arouse the attentions of Sir Richard in his flat. He would arrive ... allegedly ... with the intention to ask for the noise to be reduced, but he would inevitably end up joining in, especially with the singing, until Lady Anne would turn up to take him to bed "oh Richard you silly arse, come to bed".

In preparations for the annual barbeque he would (with permission from the National Trust) lead the foray for wood in the woodland on the estate. In his 65th year, he was not averse to clambering up trees carrying a chain saw to recover dead branches that had not broken off whilst mere students were obliged to gather at the foot of the trees and pick up the debris as it fell.

Having completed the wood gathering process he would inevitably produce a tray of cans of beer for the workers!

As an Education Lecturer at the College, alongside the main subject content of his lectures, he was the source of all sorts of practical classroom tips that many of us were to appreciate for the rest of our career.

The Acland family had a long association with education in general as well as with St Luke’s in particular. St Luke's College started life in 1839 as a teacher training college. Purpose built premises were designed and built for the college and completed in 1854. The buildings were partially funded by the Acland family.

He had a very long, active and sometimes controversial political career. He held seats in Parliament for the Liberal Party before forming the Common Wealth Party. During this period, so strong were his views on public land ownership, he donated his Killerton and the associated properties to the National Trust. After the demise of the Common Wealth Party he moved to Labour.

In 1957, after resigning from the Labour Party on a matter of principle, he became a senior lecturer in education at St Luke’s, where he taught until his retirement from full time teaching in 1971, although he continued on a part time basis for a number of years.

Following his retirement in 1971, he moved with Lady Anne to Sprydon, where he maintained contact with the House until its return to full NT care in 1977.

At a retirement dinner held in his honour at a hotel in Topsham, he was presented with a two pint tankard engraved with the names of the students in hall at the time. He accepted the gift and robliged an appreciative audience by downing two pints in one go, to incredible applause.

Many years later he was still actively campaigning for the Liberal party throughout Devon.

It was a privilege to have had the opportunity to live at Killerton. The camaraderie and the responsibility that was experienced there by the students had a lasting effect on the rest of our lives.

The experience was modelled on or by Sir Richard and Lady Anne.