Everyone down to breakfast 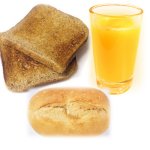 My memories of meals at Killerton on the whole are good. However I do remember a time when the natives became rather restless. It was felt that provision at breakfast was a little sparse - especially Sundays when we were treated to a "Continental" breakfast.

Not everyone came down to breakfast so it was felt that maybe money was being saved by the people who ran that side of things. It was agreed that action would be taken to stir things up. So for the next five days everyone, without exception would come down for breakfast. So instead of maybe serving 20 breakfasts, they would have to serve over 50.

Well for some people it was extremely hard to get out of bed and some arrived in dressing gowns with eyes barely open. However everyone did come down particularly on the first couple of days. The first day caused great chaos. Doris, the wonderful Doris was serving the food. She was working her feet off but quietly enjoying every minute. She relayed to us the panic on the kitchen when they began to realise that there was a massive increase in numbers. Doris had sweat pouring from her aged brow but her eyes showed a wicked twinkle and she enjoyed every minute of the chaos caused. And the point was made!!