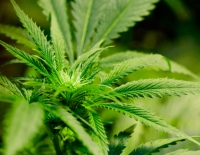 He started to grow a few plants in pots on the window sill in his room. They needed tender nurturing so he persuaded Doris (who I’m sure was probably at Killerton when Sir Richard was a boy, and as far I know may well still be there) to water his plants in exchange for couple of No 6. Of course, the plants were of the herbal variety. Owing to the care and attention they received, mainly from Doris, I am assured the plants produced a bumper crop.