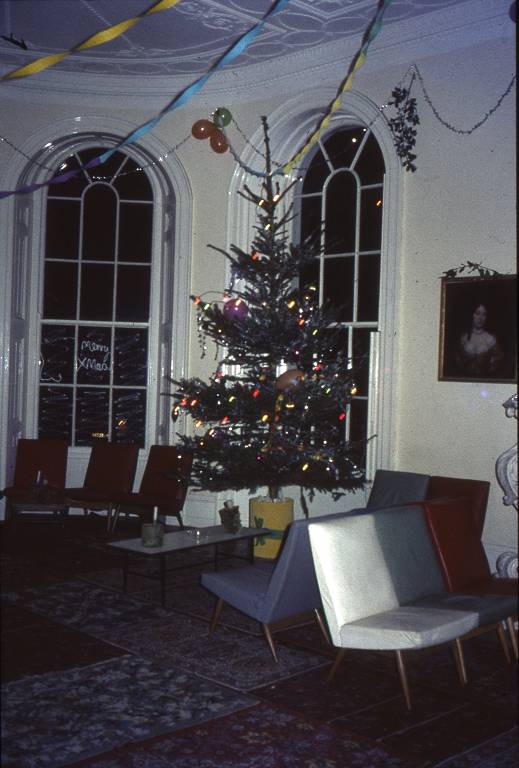 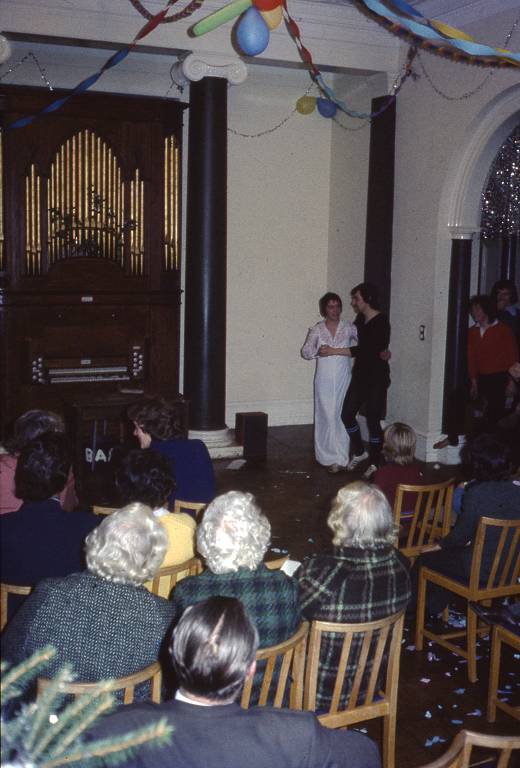 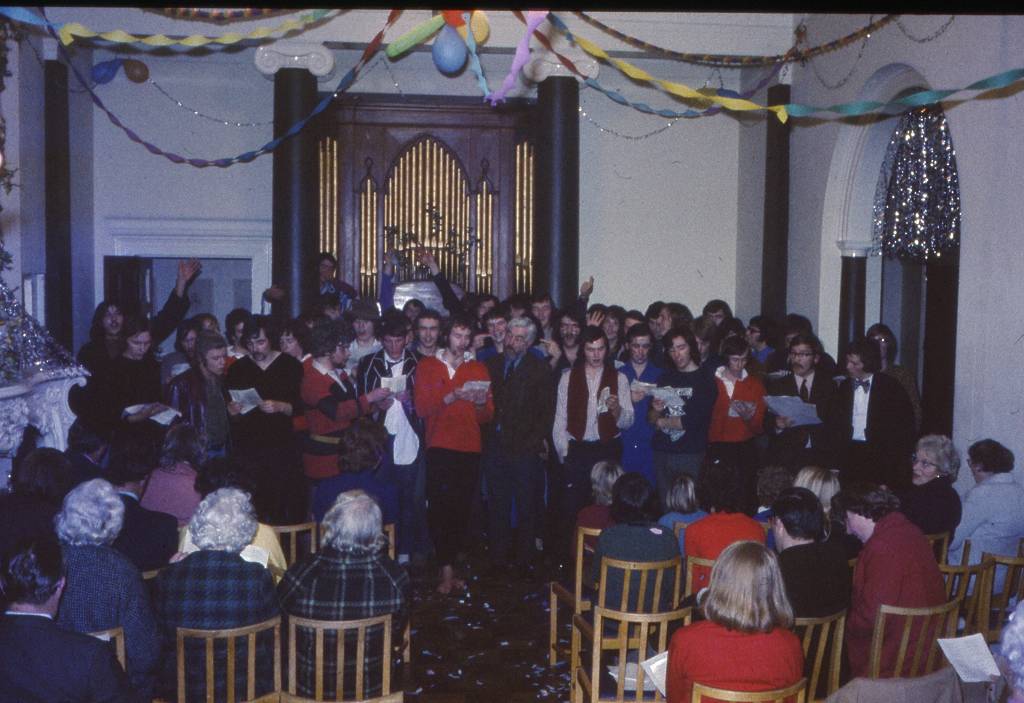 It became a regular item on the Killerton Social Calendar that the House would put on a Christmas concert for "the locals" when we would invite residents from nearby to "the Big 'Ouse" for an evening’s "entertainment"!

The music room would be decorated with lots of Christmas decorations tastefully arranged by the more artistic members of the house. Likewise, a huge Christmas tree would take centre stage next to the organ.

Visitors would usually be welcomed with a glass of sherry and shown to their seats in the music room and the festivities would begin.

Members of the house would put on their various acts with varying degrees of entertainment value - singing, storytelling, play acting, magic, whatever talent they felt they possessed.

One of the acts that probably invited the warmest reaction was two members sat at a breakfast table, one behind the other. They had a shirt loosely over the front persons top. The person at the front held his hands behind his back, whilst the person at the back passed his hand through his partner’s arms so that they came out through the shirt and looked to be the other person’s arms. They would then attempt to eat their breakfast and drink their drink. Of course, the person at the rear could not see where the spoon was going and the person at the front had no control over what they were eating or drinking, or the rate at which it was coming!

There would be carols at the end of the evening, the singing lead by the Killerton Choir, supported musically by the pipe-organ, followed by mince pies and another glass or two.