My first arrival was in the back of an old coach laid on by the college to get us new chaps out to our chosen halls. Coming in the dark hours I wasn't fully aware of my surroundings and I went to bed that night in a large room (at the top of the stairs and then left through a fire door before turning first right; now blocked off) shared with one other young gentleman; can't remember his name.

When I pulled the wooden shutters back in the morning I reeled from the explosion of greens which hit me between the eyes. Coming from a London suburb it was very different from the roads and pavements I was used to.

I remember the first (and only, I think) fire drill. It happened during our second night there and was organized, I believe, by the proctors. We all marched out of the building from various orifices and gathered on the turning circle at the front of the house; it was a very dark night. We were awaiting roll call when all of a sudden we were drenched from above by a cascade of cold water. Being in our pajamas and dressing gowns we were ill prepared for the drenching. I seem to recall that pandemonium broke out (as it would) and older chaps raced back into the house to hunt down the perpetrators. I think the villains were Yr 2 students but I can't remember their names. The roll-call was a rather unsatisfactory affair with chaps answering for all and sundry: I was there, though. What became of the unwanted watermen I cannot recall but the house was in turmoil for much of the rest of the night.

The first Sunday lunch was a formal affair with us all putting on jackets and ties (trousers were optional). After the meal instead of doing what I was told we would do, which was to take coffee on the terrace by the herbaceous border, we were marched into the library. There was a desk at one end with a couple of chaps sitting behind it with gowns on. Behind us there was an awful commotion as several burly types marched in a colleague who seemed none too happy with being man-handled in such a boisterous manner. When he arrived in front of the table a charge was read out.

It seems that the 3rd Year student had in his previous term, whilst in Yr2, achieved an A grade for his end of term exam. This, apparently, was not normal for the young fellow and was frowned upon by the residing officers, his fellow Yr3 students. Much evidence for and against the man's behaviour was given, character references sort, but (it appeared to me) his fate was sealed long before he even entered the court room. Judgement made and, with a flurry of a black mortar board, sentence passed he was frog-marched out of the library, through the lounge and music room and then through the front door. 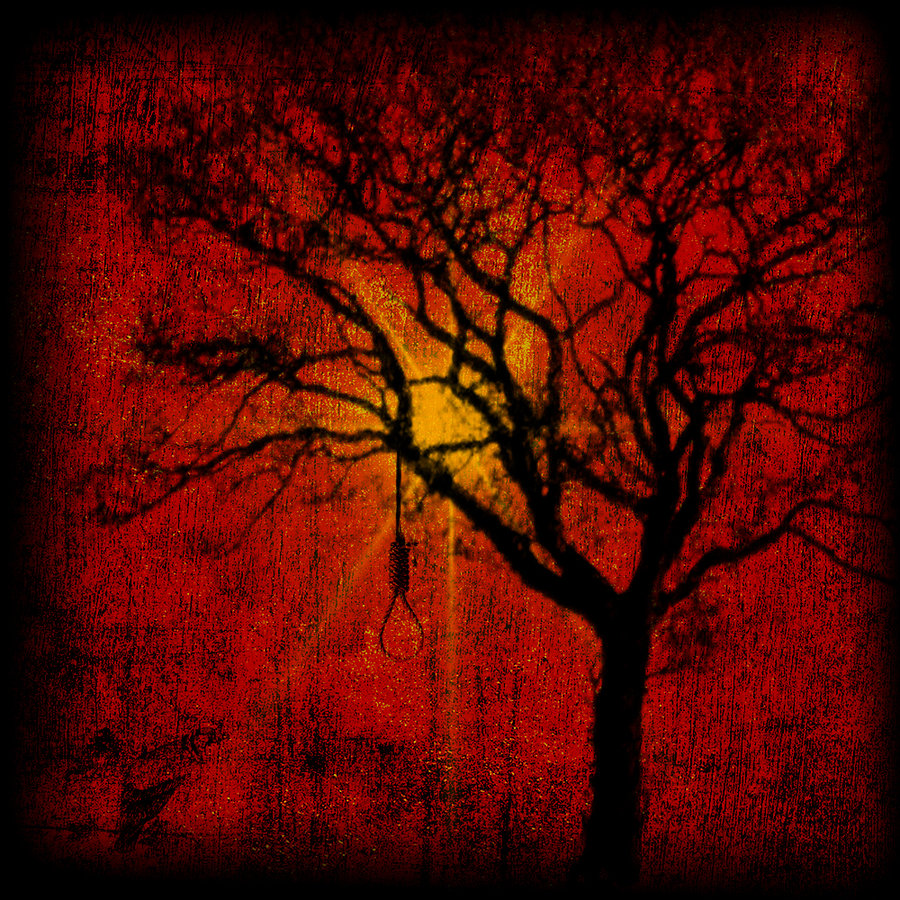 A large and suitable tree was found near the front of the house (I couldn't identify it upon my return) and his hands bound. To my horror a long length of rope was produced by one of his captors. A chorus of deathly humming came from certain on-lookers whilst the chap's gaolers wrestled him to the ground and wound the rope around his chest and under his arms. In a swift, and possibly much practised manouvre, the unfortunate fellow was lifted to his feet, the rope thrown over a conveniently situated bough and he was hoisted into the air, legs waving and (unnecessary, but quite understandable) profanities coming from his mouth aimed at his tormentors.

This wretched victim hanged there for what seemed like a long time but in reality was only three hours (!) and was then let not-so-gently to the ground. To my surprise, his captors all ran off with squeals of delight into the house and barricaded the doors behind them. It was left to Jack Goodall to instruct the junior members to untie the poor man and to get him a (strong) drink from the bar.

He seemed to recover fairly well but was in a foul mood for a long time, especially when he appeared to be unable to break down the various house doors to get at his attackers. I felt it best to go back to my room for a lie-down and to listen to my Simon and Garfunkel tape on my cassette player. Next morning, I noticed the previous day's victim was chatting and playing around with those I recognized to be his execution squad, so no long-term damage was done to their relationships.

"What larks, Pip. What larks!"