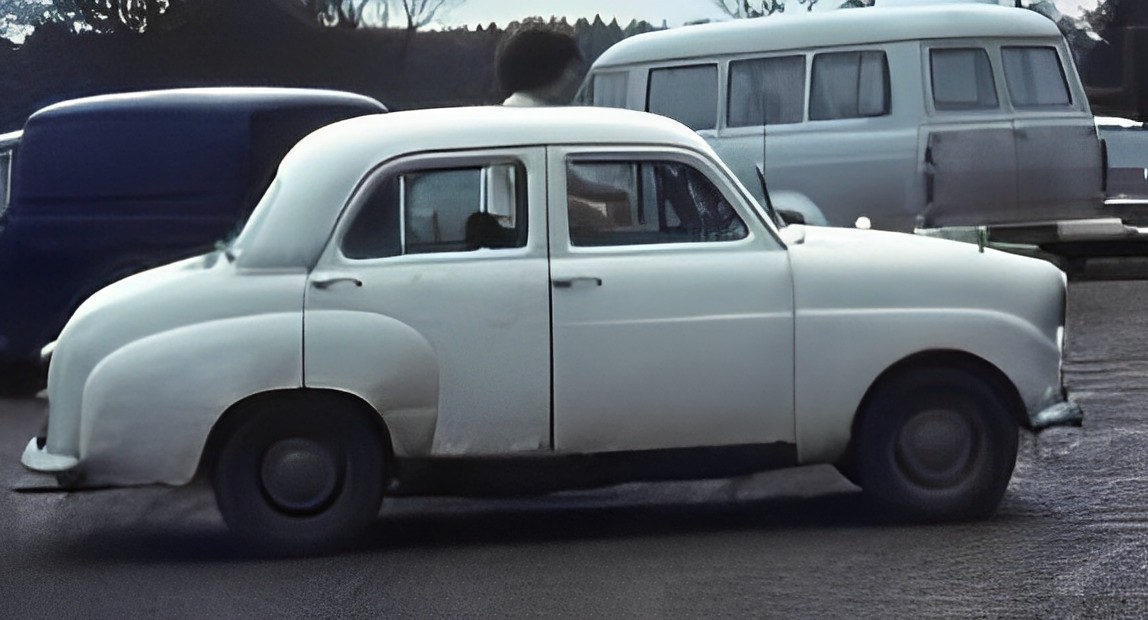 Another interesting car arrived in Killerton in '72, a white (?) Austin A35.

This one had been acquired by Martin Hannant and made its way back to the fleet parking area.

It was an interesting "motah" able to transport a single person at head dizzying speeds - sometimes approaching 39 miles per hour - as witnessed by the local police who, on one occasion.

They didn't bother to book Monty for driving at an alleged 34 mph on the A38 through Broadclyst. Apparently they didn't believe their radar equipment could register that low! They did however give him a warning about causing an obstruction!

Monty often used to give Brian Hunt a lift home to Gloucester as that was on his way home. On one particular occasion They pulled into Brian's road and the car died. Nothing would get it to start. They pushed it to Brian's house and tried without success to start it. They decided to leave it and go inside for lunch. After lunch there was still no success. They were just about to call the AA when by some strange chance Monty removed the petrol cap. This was followed by a whooshing sound and a ping of the metal tank. There was no hole in the petrol cap and such a suction built up so no petrol could get through. This was resolved by loosening the petrol cap, a sudden rush of petrol and Monty was on the road again.
The car died many years ago but he does still have the starting handle!!