Rob (Lukey) Lewis instigated a  number of sporting connections with Weymouth College. A group of school friends had all intended to go to St Luke's but for reasons too sensitive to mention here, two were not able to get in to Luke's and instead went to Weymouth.

The sporting fixtures started with a simple invitation for a team from Killerton to go along to Weymouth for friendly game of Rugby. When the Killers' coach arrived at Weymough te were greeted by crowds of students who had come to watch their team play the Luke's first 15!

Well, they may not have been the first 15 but they still drubbed Weymouth.

A return match at Killerton serverd up a similar score line but with a much reduced crowd - of ONE!

Relations with Weymouth remain convivial and soccer matches followed, as did cricket matches and even indor games evenings. It is (almost certainly) true that in all the contests, Killerton teams always ended up the winners. 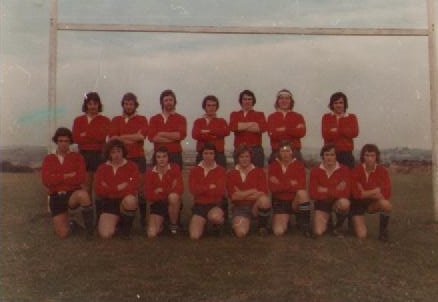