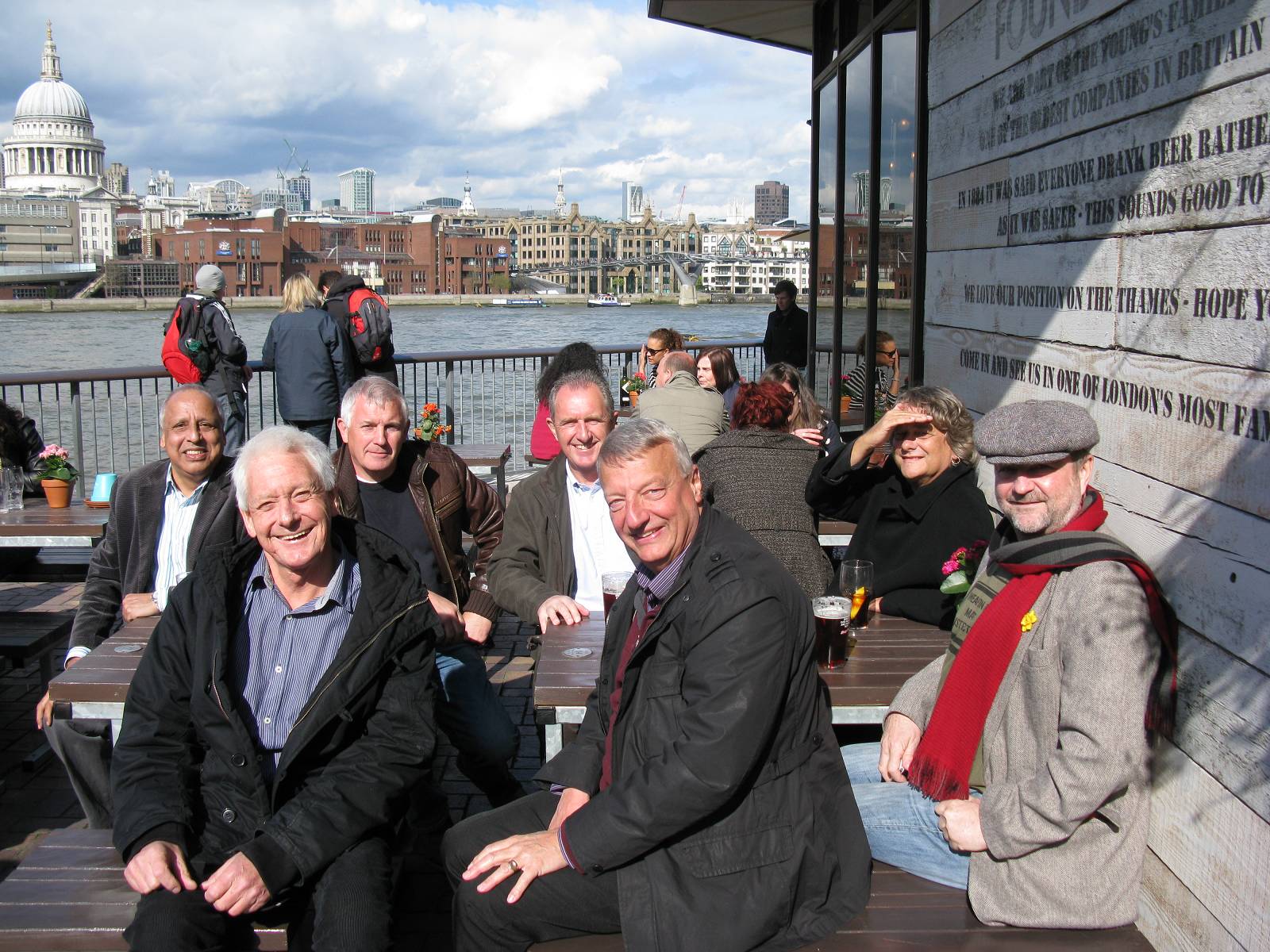 What a fantastic afternoon.

Richard Heale on the UK leg of a journey that was taking him around the world was able to find time to catch up with a few of us in London.

We met up at the Founder’s Arms on the Embankment. We were able to find a table overlooking the river and across to St Paul’s on the far bank.

The weather was “interesting” – warm enough while the sun was out but it did tend to get a tad cool when the sun went in, and there were even a few raindrops that fortunately came to nothing. Whilst a pint or two in the April (semi)sun was a pleasant experience for us hardy Brits, in retrospect it was a little more challenging for those more used to the Australian sun – sorry Rich.

It was wonderful to sit for a couple of hours – as Taff would say – just chewing the fat. An opportunity to catch up on, for some, a 39 year gap.

As the sun settled more permanently behind the clouds Bob and Chris made their apologies and left for other commitments. The rest of us retired to a restaurant just along from the Founder’s at Gabriels Wharf The Riviera Restaurant. An excellent meal and a glass or two of wine … and more fat to chew before parting company and wishing Richard well for his forthcoming meetings.