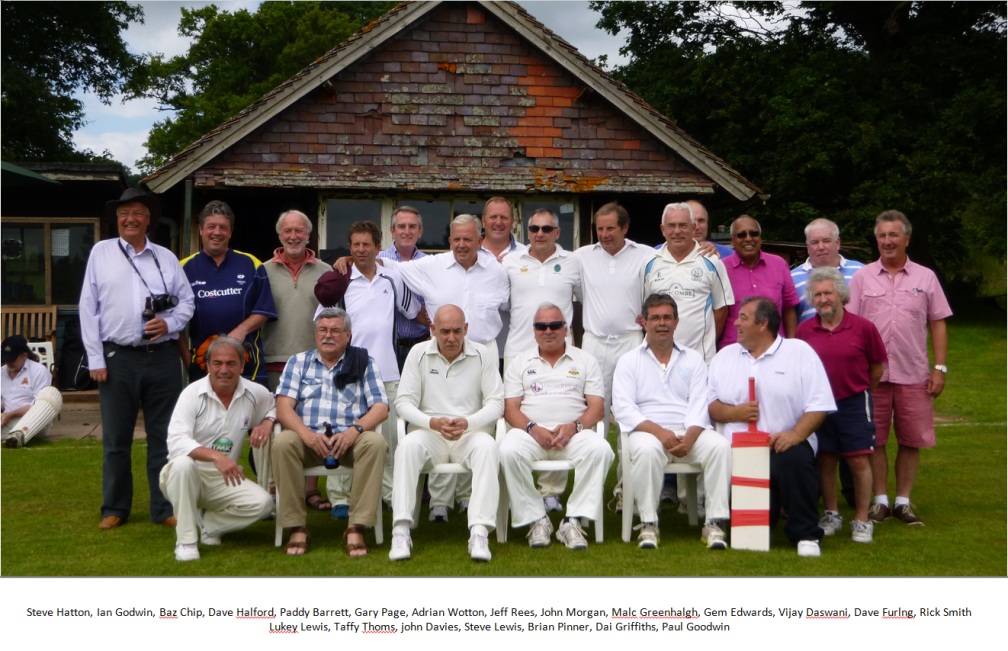 A very pleasant weekend starting at lunchtime on the Saturday at the ThreeTuns in Silverton. A drink or two there as the numbers increased. The Three Tuns close for a couple of hours in the afternoon so we took the opportunity for a rest by wandering up to the Lamb and renewing our freindship with Brenda - and a pint or two. The party size continued to grow and we returned to the Tuns for 6 and seated ourselves for dinner. By the end of the meal there were around 26 in the company and singing in the bar went on till "late".

Sunday morning and the group reconvened at Killerton. The trees have established themselves and both are now over ten feet tall. The plaques are going to be replaced shortly.

Following the traditional photo on the steps, Denise welcomed us again to the house. This time we were left to wander, though she did apear to open the doors to Dickie's/Jack's wing, and to Creaky Bed Wing.

We called in at the Red Lion for lunch before driving to the cricket ground at Killerton. An amazingly friendly club, they welcomed us with open arms.

I'll leave the full match report to someone better qualified than me to write, but suffice to say it was a close run thing though we were nearly forced to a draw when a heavy rain shower stopped play briefly.

The club provided tea in their new pavilion, and following the match they provided a BBQ.

All in all, a very, pleasant day, and so many new(old?) Killertonion faces.

Broadclyst CC have even invited us back next year and we will be in contact to arrange a date.

More photos in the Gallery : Link