We had planned to meet up at the Parks on the Friday afternoon to watch the Oxford/Cambridge cricket match. Unfortunately, the rather damp weather meant the match was called off long before we arrived.

Chris and I got to The Holiday Inn just after lunch, and after settling in went to the bar for a snack and a drink. We were joined by Roger Herd and Maggie.

We decided to go into town to have look around, and to make use of our bus passes.

The bus dropped us in the town centre and we started out recce. AS we looked along Broad Street we could see a pub sign. Ian Godwin earlier that week had recommended a pub called the White Horse, and in the distance the sign resembled a white horse. We felt obliged to see if this was in fact the pub, so walked along to it. When we go there, it was indeed the White Horse Pub made famous in many episodes of Morse. Having walked that far we felt obliged to call in and try a pint – or two - of “Billie”.

After the rest we wandered into town and whilst hopping in M&S we bumped into Ian and Lynne Godwin. We chatted for a while before suggesting that we return to the White Horse where we could sit and chat in a more convivial atmosphere. This we did, and indeed, we stayed there for the evening, long enough to finish off the Billie! Ian and Lynne made t heir way home and then to a wedding on the Saturday. We four returned to Peartree, where John and Judy Brand had just arrived. We spent another hour or two catching up in the bar at the hotel before retiring for the night. 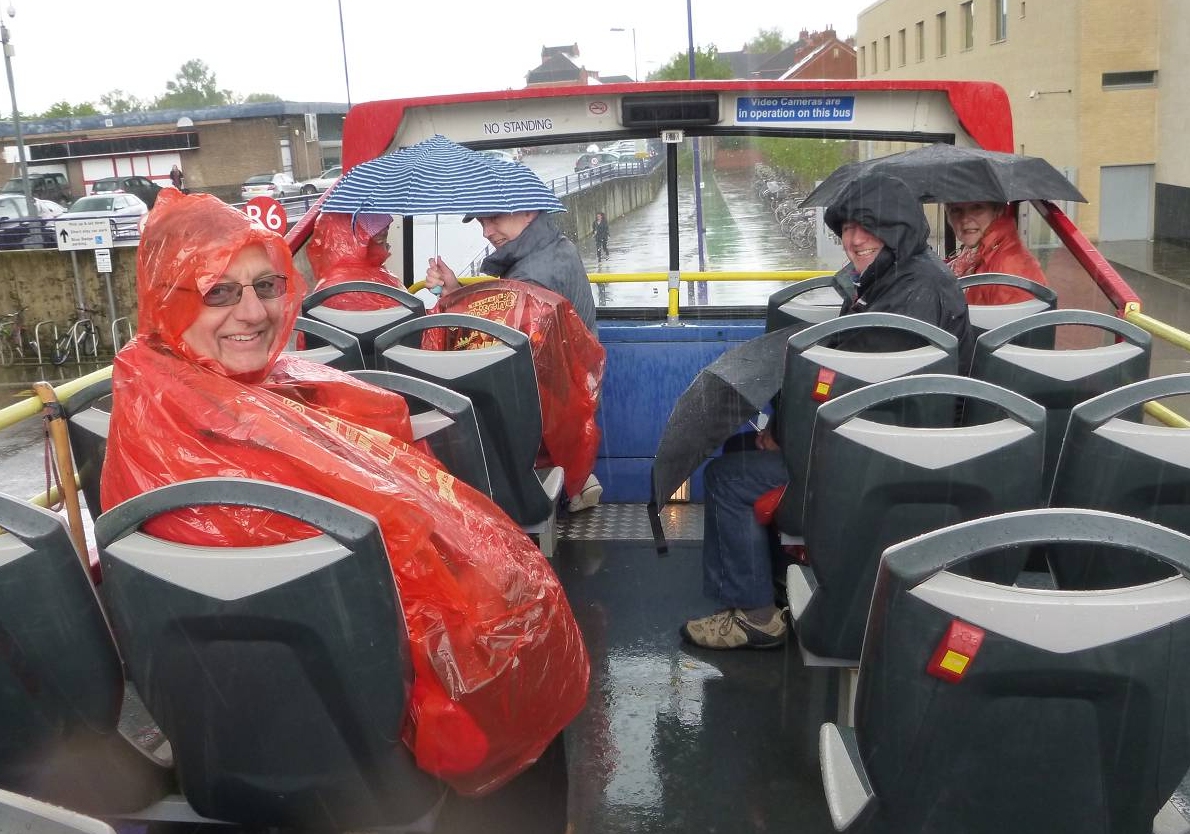 On Saturday, breakfast then a bus ride into town again. This time we transferred on to one of the City Tour hop on – hop off buses. It was a tad moist as we got on the bus, and taking our seats on the top deck, it got a tad moister! But having been brought up on watching Killerton matches in the rain we were not to be put off. The tour was interesting and informative, and at one point, when the bus stopped briefly, we recognised where we were – Broad Street – opposite the White Horse. It was as if it were planned. We hopped off and went in for a refresher. By this time it had stopped raining!

Refreshed, we hopped onto the next City Tour bus - just as it started to rain – to complete the tour.

As it stopped raining, our tour ended and we made our way across the road to the Ashmolean Museum.

By now we had heard from Taff and Eyril, and Brian and Ria and arranged to meet up. After our visit to the museum, we headed for the Lamb and Flag just a few hundred yards along the road.

Later in the afternoon we were joined by Monty Hannant and Mike Morrey. 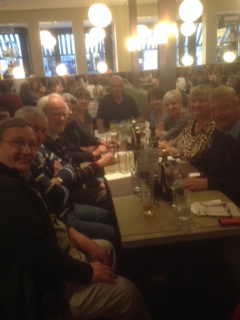 We spent the afternoon in the bar, and by just after 6 we were looking for somewhere to have an evening meal only to find that the Lamb only does food at lunchtime!

We tried a couple of places before we found the Strada Italian restaurant, able to accommodate the eleven of us.

An exceedingly pleasant meal with a glass of wine or two and then an early(ish) bus ride back to the hotel – and a night cap in the bar!

More photos in the Gallery!